Sean Novak began his journey in the mortgage industry right out of college. He started out as an assistant to two loan officers, quickly learned the ins and outs of the industry, and got promoted to his own branch. After the market crash, Sean took some time away from mortgages, but he returned a few years later and started working for a company whose values he aligned with. He then obtained his license, and began his job as a loan officer, with dreams of one day starting his own company. Two years later he made those dreams into a reality, and opened up Lendevity—a broker and direct lender company initially based out of his very own garage, which he converted into an office. In their second year, the company was ranked as the 1% originators in the nation.

Building a company from the ground up was no easy feat, but Sean knew exactly the type of work model he had in mind when he set out for this journey. He created Lendevity with the word “Longevity” in mind. From working in various other environments he learned the type of values that he wanted to transfer into his own business, as well as practices that he preferred to leave behind. It was important for him to build a company with strong core values, such as investing into long lasting relationships with clients. “Clients are my number one priority in my business. I love the aspect of talking to people, connecting with them on a personal level, and helping them achieve their dream of homeownership,” he says. And to show clients that he’s with them throughout the entire process, Sean utilizes various means of communication, such as phone calls, texts, and emails.

In order to create the exact type of business he had in mind—one with high standards and offering excellent customer service—Sean knew he needed the right people beside him. His entire team—from sales, to production, to operation—have been in the industry for over 20 years, and all have experience working for large corporations. Sean credits his brilliant team for helping the business get to where it is today. “That’s what gives us the competitive advantage. It’s not only having a highly experienced team, but also a team that enjoys what they do and deeply cares about the people they serve,” he says.

Lendevity offers a wide variety of loan options, such as conventional loans, government loans, and non-conventional loans. For Sean, it was crucial that his company operated on the principles of transparency, trust, and loyalty, so that clients could feel confident throughout the process. And Lendevity shows how grateful they are for loyal customers by covering all of their 3rd party fees on refinance transactions, and rewarding them with other various perks.

Besides dedicating himself to his business, Sean is also passionate about staying involved in his community and giving back to those who need it most. As a cancer survivor himself, he understands how significant it can be to receive help from others, and he often donates to cancer foundations dear to his heart. And outside of work, he loves to spend the majority of his free time with his wife and two sons.

In the future, Sean wants to continue the growth of Lendevity. His focus remains on constant improvement so that clients can receive the white glove service level while keeping his team happy doing what they do best. And Sean’s main goal is to increase the size of business, focus on marketing, and eventually become the top mortgage broker in the area. 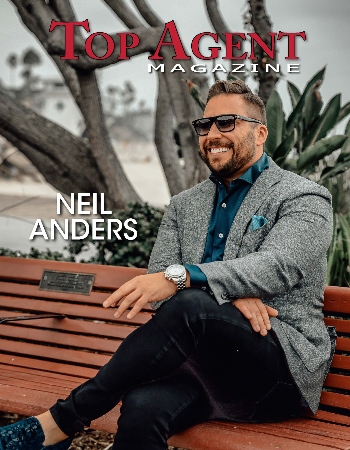